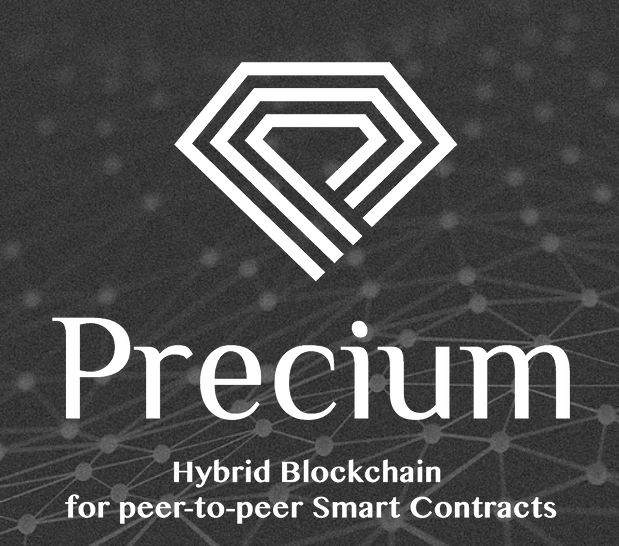 Precium wants to create a fast and scalable platform for smart contracts.

The main feature of the platform will be a smart-contract creating tool which will allow people just drag and drop the conditions of smart contracts easily, such feature is designed to increase adoption of the platform.

Team members have plans to use this technology in their own business Kcent, Korean social media influencers company with total capital of $300k.

The roadmap is very short and the team plans to deliver the final product in 2019 - no exact dates!

State of the development - since the Precium team aims to release a testnet of Onyx chain in April, we have been verifying a new consensus algorithm for hybrid blockchain and a new block structure of Onyx chain now. Based on these test results, we will try to optimize the performance such as the minimization of communication latency, synchronization between nodes.

Obvious use case - the Precium platform is a smart contract platform based on the Onyx chain for peer-to-peer (P2P) transactions that allows users to create and use smart contracts simply and securely. Therefore, the Precium platform will provide a template of code for various contract terms with users, and it can be used many kinds of P2P contracts. For example, the “craigslist”, the well-known American classified advertisements website, provides many kinds of sections such as jobs, housing, for sale, items wanted, services, and so on. However, the “craigslist” can’t support the contracts system between users for buying and selling a product. If the concept of craigslist is utilized in Precium platform, the users can easily draw up a safe contract by using “drag and drop smart contracts“.

The team is all-star, very experienced and has a scientific approach. This information is not listed in the LinkedIn but the Precium founders are also founders and shareholders of KCENT (Korean social media influencers company) and Hanky&Partners (Blockchain R&D, Consulting and Marketing company). These are real business entities with a solid portfolio.

Han Kim - CEO and founder is also CEO of Hanky&Partners and shareholder in KCENT. He has good technical background and experience as Former Software Engineer at LG.

Jiho Kim (CMO) - is a co-founder of KCENT and Woongrae Son (Marketing Lead) - CSO of KCENT.

Overall, most team members have been working together for many years and have solid technical and marketing experience.

Advisory board consists of experienced entrepreneurs with a proven record of launching real projects. There are people from different backgrounds, mainly in entrepreneurship and real business.

We can highlight Joseph Jang. Joseph is Director / COO of Fantom Foundation.

To summarise, we really admire the team and board of advisors.

We have already partially mentioned above that the team mostly consists of people from KCENT and Hanky&Partners. As a result, customers and partners of these companies are future customers of Precium platform. By their words, influencers and advertisers will use Precium Platform in the first place.

Precium has very little uniqueness to offer compared to recent ICO projects and established market giants such as Ethereum, NEO, EOS. For example, Precium as a Sparkster plan to do “drag and drop smart contracts“ and, in general, there are a whole bunch of fast, secure, scalable smart contract platforms such as GoChain, Agoric, Oasis labs, Kadena, Etherparty, BlockCAT, and others.

There are two types of tokens: ONX (stable coin) and PCM (utility token). ONX can only be bought or sold through PCM. All smart contracts transactions are guaranteed by ONX (stable coin). To use the platform you need to create the contract and transaction of ONX through contract, seller and the buyer will exactly get what they ordered. ONX guarantees the amount of money while smart-contract guarantees buyer rights.

We really like the team and partners behind the Precium. The smart contract platform is not a very innovative product for blockchain industry while the competition is very harsh. Precium wouldn't have a working product before ICO, the hard cap is rather high than low.

To sum up, we believe that the team can deliver the product in accordance with the roadmap and has all the needed experience to compete with already established platforms.

Opinions of our Midgard team members are divided - someone believes, and someone does not believe in the possibility of massive adoption of this technology in the future. Therefore, everyone makes an investment decision for himself.

Considering all these factors our rating is 8 out of 10