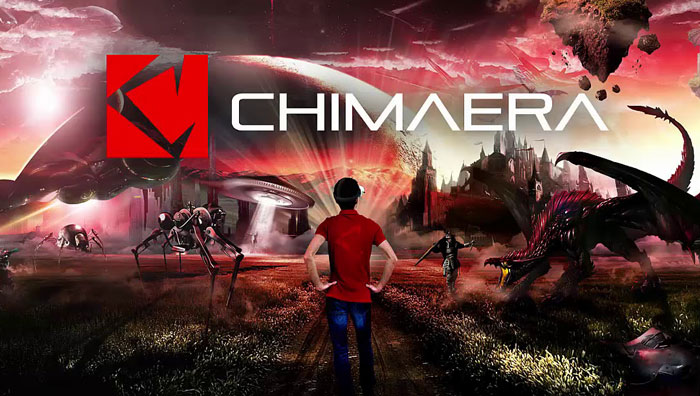 In 2015, the global video games market was worth approximately 71 billion U.S. dollars. By the end of 2020 its value is expected to exceed 90 billion U.S. dollars. The gaming software industry depends on three monetization models to make such profits: consumers may simply buy games; revenues can be generated via in-game advertising; or gamers spend money on microtransactions. 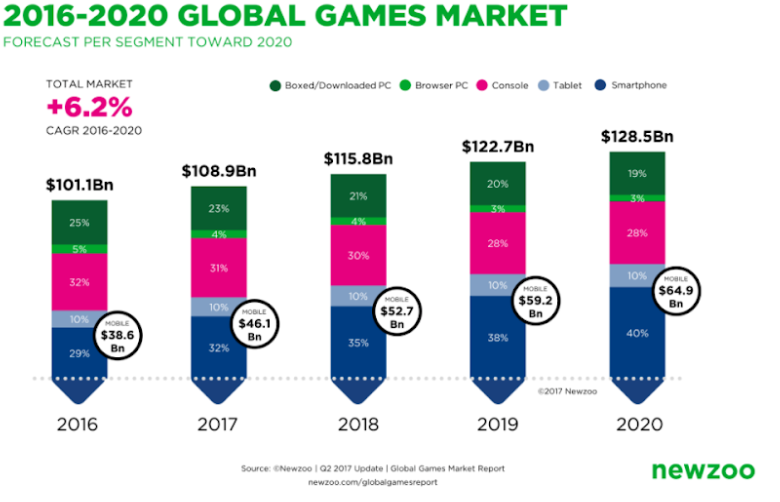 According to the forecasts of Newzoo agency, the Game industry on average grows by 6.2% annually and has reliable and stable forecasts of this growth, which is increasingly occupied by mobile games.

Will blockchain technology be able to solve these problems?

Chimaera platform can help to solve these issues via the democratization of game development and deployment. The company wants to create a wealth of tools and infrastructure for developers to build their own games.

Game developers can use Chimaera technology

Some common examples of how monetization can be achieved with Chimaera:

Сhimaera does not have a direct competitor based on Blockchain technology, but these companies share some of Chimaera’s functions:

BitGuild, a marketplace for digital assets, games etc. (The ICO is over, and it did not reach the hard cap).

In general, ICOs within the game industry does not perform very well, but Chimaera may have a chance to perform better than most because it is a multi-functional game development platform, not just a marketplace as it would be in most other projects.

From the whole game industry, we can identify these non-blockchain competitors:

Unity is a game development platform for building high-quality 3D and 2D games, deploying them across mobile, desktop, VR/AR, consoles or the Web, and connecting with loyal and enthusiastic players and customers.

Chimaera has compatibility with Unity system, that means that you can use Chimaera development tools on the Unity platform. This kind of cooperation gives the game dev community easy access to Chimaera platform.

Games on blockchain can be sold for fiat money on platforms such as Steam and AppStore, and use other kinds of monetization schemes inside the game at the same time.

Chi is a classical utility token and is used to fuel all transactions, for example:

We always give some skepticism to pure utility tokens, because their circulation structure should support a stable demand for tokens, and it should motivate users to hold them, or at least not to sell immediately after they are acquired on exchange to pay for services.

In the case of Chimaera, tokenomics looks promising because of the wide range of token applications. CHI may become an intermediary currency for many game projects and be widely used as “money” for gamers, who are not motivated to buy/sell tokens for fiat on exchanges every time they interact with the platform.

The distribution is fair for each participant, and the allocation of funds is understandable and normal for such projects. However, a 50% discount on private pre-sale may put pressure on the price of tokens after they are listed on the exchange.

Chimaera is run by an experienced team that has already developed the blockchain games Namecoin and Huntercoin.

CEO Andrew Colosimo has over 20 years of experience in IT, computing, and computer gaming. He was one of the earliest pioneers to capitalize upon the sale of virtual items in massively multiplayer online (MMO) games.

Chimaera’s lead developer Daniel Kraft is in the top 30 bitcoin contributors and has only been contributing since 2013. He is the lead Namecoin and Huntercoin developer.

There are also software engineers, designers, theoretical mathematicians, business and marketing developers, with at least 10 years of experience.

Advisory board consists of professional businessmen and blockchain experts.

Closed beta – The core client is finished and in a private repository on GitHub. The testnet is being used by a gamestudio atm.

In general, we like the idea of the project, team and long-term perspective of the project. Chimaera can really become a solid infrastructure solution applying blockchain to the gaming industry. We are not sure about the flipping perspectives of Chimaera, especially under current market conditions.

The research was prepared by