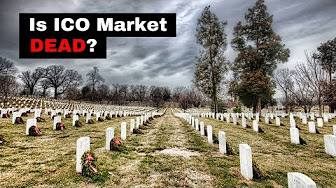 The market capitalization has decreased by about $ 4 billion compared to yesterday's figures, and the daily trading volume is very low and continues to fall. We are approaching the levels that are observed before the July growth with low activity in the market.

The price of the BTC has just dropped below $ 6,400 for no apparent reason. I think that this is caused by open short positions and uncertainty in the market, with pleasure the decision of the SEC regarding the ETF from VanEck. Now the news sources are mostly dominated by the negative and FUD, especially noticeable in twitter accounts. Being a newcomer to the market is very easy to succumb to the general fears, especially given the long bearish trend since the beginning of the year.

Personally, I stay tuned for bulls. Now there is a discussion as to whether the decision will be made before September 30 of this year, or at the end of February 2019. Usually, the SEC has a 240-day window for acceptance, or a rejection of the ETF, which they already used with previous applications that were never accepted. The CBOE application looks much more positive and stronger than its competitors, as CBOE actively cooperates with the SEC on various issues. Let's return to the question of the extinction of the ICO market. If you invested in ICO for at least the past 4 months, you could notice a strong increase from the ICO / presale price at the opening of trading on the first day, followed by a gradual daily price movement down.

The latest study reports that 80% of ICOs conducted in 2017 were fraudulent schemes (source1, source2)

It is possible that the real percentage is higher. In late 2017 - early 2018 ICO were well-established, especially on investments in infrastructure projects.

Let's look at the example with Seele, which went below the ICO price. Seele is a block 4.0 that had all the prerequisites for explosive growth, which happened at the opening of trading when the coin reached x7. People were very positive about the project, however, just like in many projects, the price gradually declined and is now in the ICO area, depending on how much investors have purchased Ethereum.

The current situation tells us that today's ICO market is dead, even such good projects as Mainframe and PChain. The market is not in the mood right now. Earlier this year and at the end of the past, market participants were very positive about the wave of the bullish trend, on which almost everything is growing. To date, the same mood of people has changed dramatically, as we are in a long and tough bearish trend. Personally, in recent years, has been taught in a very small number of ICO and pre-sale, although I actively invested earlier, especially in infrastructure projects.

The investment now is worth paying attention to the already common projects, as you will be assured that they have the volume of trading, community, support, and technology, most likely even finished products, which gives a certain share of confidence. Thus, when investing, you will understand that the price of the token is waiting for either a gradual increase or a gradual decline. If you look at the current projects, then, even though they are in the red zone, the decline is only a few percents, while the recently released ICOs are in a strong drawdown. This is due to the lack of community and low level of trust in the long term.

I keep coins of all the projects I invested in because I am confident in them. And with the return of the bull market, sagging projects must take off very much. However, it all depends on the marketing campaigns conducted by the teams. I noticed that the marketing of the last released ICO subsides after the launch and it turns out that there is no sense from all marketing and PR advisers. Perhaps during the bear market it is pointless to publish news about the progress and achievements of the team, which lead only to insignificant growth in the red, and mass sales lower the price even lower than it was before the news was published. Thus, most ICO now does not publish anything and in principle are dead. Even with good projects, it turns out that people expect to pick them up after launching in front of a bullish trend.

In spite of the above situation, the market still has a place for exclusive ICO, one of which is ChromaWay. This project is an excellent concept, significant value, excellent team and relevant development history. The remaining projects are likely to collect investments 12-24 months before the release of any product, which makes no sense. A good idea when studying today's ICO.

Translation from this source