MY TOP 10 CRYPTOCURRENCY HOLDINGS FOR 2019 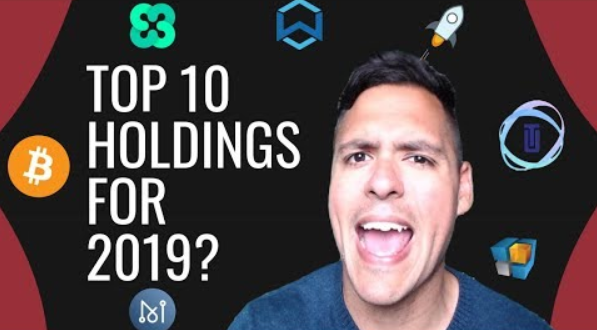 Apparently, a new wave of growth is approaching the market. Market capitalization has grown and now amounts to about 213 billion dollars, the dominance of BTC has decreased. In general, the prices of the first by capitalization of coins rose slightly, it is noteworthy that the hard fork of Bitcoin Cash will soon pass, which has aroused interest in it.

This news does not apply to an application from CBOE, the consideration of which is postponed until the end of this year. The commission will reconsider 9 applications rejected earlier. Until November 5, interested persons could submit applications aimed at supporting or testifying against any application.

Since the end of September of this year, more than 133 thousand BTC were transferred to 5 addresses, which is comparable to the size of the cold Bitfinex wallet. Thus, we see that new large amounts of money enter the market, while maintaining a stable price, respectively, transactions take place on the over-the-counter (OTC) market. Apparently, large institutional participants come to the market. However, one of the addresses is most likely related to the movements of the Binance funds.

Tom Jessop, manager of digital asset services at Fidelity Investments, believes that 2019 will be a productive year for cryptocurrencies (source)

Managed by Fidelity is more than 7 trillion. dollars of assets and this company launches services related to digital assets in order to offer cryptocurrency solutions to its own large investors. Tom reports high demand for similar services that are currently not met by any company. A lot of new participants want to enter the market, but due to certain circumstances, they cannot do it now. Fidelity tries to solve this problem.

This news is not unexpected. In 2018, BitMEX achieved very high rates due to the fact that they offered to trade with leverage, futures and the ability to bet against the market. For this exchange, it would be very useful if the bear market continued for another year and a half. To date, we see that the last 3 candles on the monthly chart were red, which was the last time we saw from April to May 2015. Since then, the price has continued to grow. I hope that in November, in anticipation of Bakkt and, perhaps, good news on the ETF, we are waiting for growth. The continuation of the bear market is still possible, now we need fresh large volumes, the breakdown of the BTC price of $ 10,000 and a corresponding increase in altcoins.

Coinbase will add a total of 300 coins, carefully selected according to their own criteria. Cardano, Stellar, and others will enter there. This year, Coinbase outdid its competitors on all fronts.

I present to you my portfolio in case of a bull market in 2019:

1. Hashgraph (24%)
I invested in Hashgraph April through an over-the-counter transaction when Bitcoin was worth $ 9,000. They already have a work product and great applications. If we draw analogies, then Ethereum can be represented as a PlayStation 1, and a Hashghraph PlayStation 5. They have a more advanced and fast structure of DAG.

2. Bitcoin (16%)
I am sure that in the future, Bitcoin will take the lead in front of Fiat and invest more in Altcoins, given that it will bring me more Bitcoin.

3. Mainframe (13%)
Mainframe is leaders in decentralized messengers with strong institutional support. They also have enough funds for listings, interactions with venture capitalists. I believe that now the price of MFT is quite low, given its potential.

4. Ontology (8%)
ONT, in my opinion, is NEO on steroids with an adequate reward system and an additional level of security. At the moment, Ontology is one of the best cryptocurrencies with unmatched applications.

5. Ethereum (6%)
I purchased a lot of ETH to participate in ICO. It is still the second largest network in blockchain space and is actively used, although it does not have the same charm as its competitors.

6. Cardano (4%)
One day, an ADA will cost $ 7. Now the coin is in the TOP-10 by capitalization, the team has an excellent vision and a strong position despite the recent problems.

7. UTrust (4%)
This startup will become PayPal cryptocurrency and will be used on popular websites for microtransactions. They have a lot of partnerships. This application needs more integration.

8. Ethos (3%)
Now the company is preparing to introduce the possibility of buying cryptocurrency via Fiat, however, over time it has to some extent lost its attractiveness as Coinbase killer. I think that in any case, Ethos will be better than BRD and other similar solutions.

9. Zilliqa (2%)
Zilliqa is a fast-growing blockchain that can compete with Ethereum. In particular, due to the proprietary sharding technology.

10. Stellar (2%)
In my opinion, Stellar is the more correct version of Ripple, so I don’t worry when I keep it in long term. Based on it, applications will be created and businesses built. This is a good blockchain for transactions.