“Bitcoin holds near resistance, and stocks remain on edge” 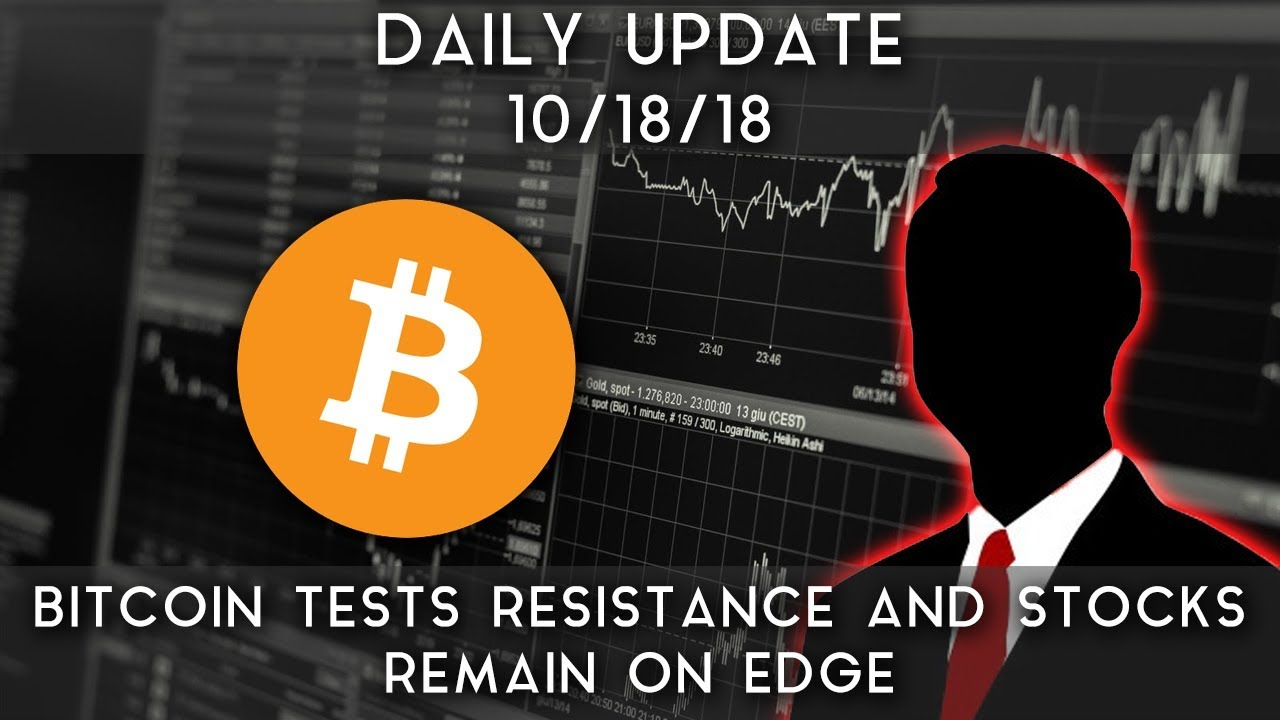 Today, as always, we will look at the state of the market and conduct a technical analysis, as well as discuss the current possibilities for arbitration between exchanges, especially on Bitfinex.

After the rise in Bitcoin prices related to the situation around Tether, the market is sideways. Market capitalization has been steadily holding above $ 200 billion over the past few weeks.

It's nice to see how the market is stabilizing and now is not the best time to panic, as the selling pressure drops. Volatility persists at low levels; today, this is indicative of a crypto market inferior to the S & P 500. As for Bitcoin dominance, we see a situation similar to that preceding the previous altcoin season in February-March 2017.

I still do not want to speak with confidence about a possible Altcoin rally, but the dominance of BTC is at least one sign that it will begin. Dominance shows the willingness of market participants to take big risks. With the appearance of a certain catalyst, for example, some interesting coin, the attention of investors can provoke an inflow of funds and an increase in altcoins, which will pull the BTC.

The BTC price chart does not show any significant changes since the previous analysis, Bitcoin managed to keep the growth that occurred this Monday. For continued growth, the price needs not only to keep the new level of support but also to overcome oblique resistance and moving averages for 50-100 days. At the same time, growth should be supported by higher volumes, which are not present now because of the popularity of BitMEX and synthetic tools. 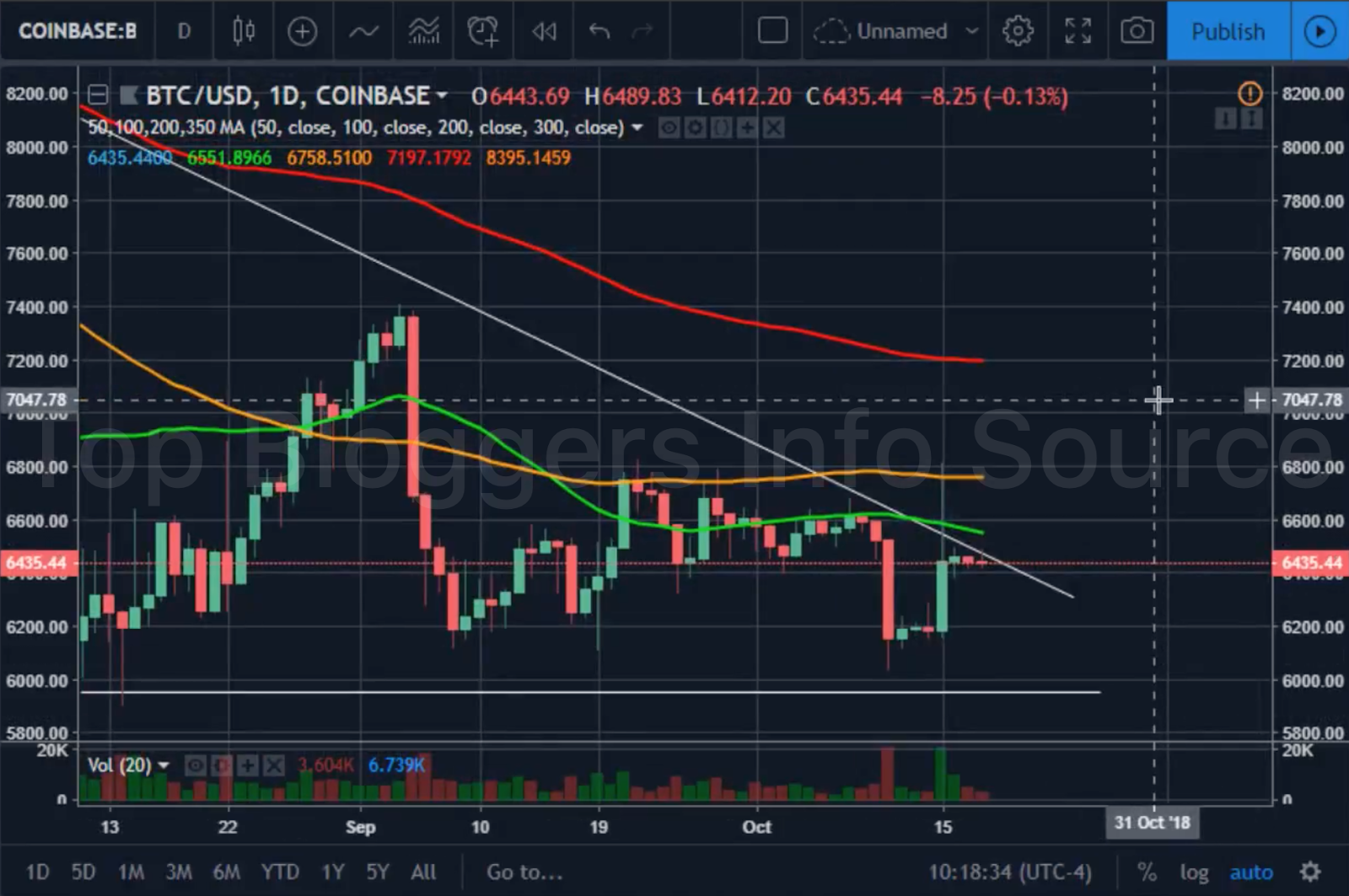 Ethereum continues lateral movement after the decline on October 11, the rise in Bitcoin prices had almost no effect on the price of ETH. In spite of this, the price keeps above the lowest values after a fall. I believe that if the price reaches ~ 0.03 BTC, then we may well see Ethereum at 0.027 BTC, where it will form a double bottom. If the price rises to 0.035 BTC, then we will see a strong increase not only to the moving average for 50 days, but also for 100 days, before this level the price has no significant resistance levels. XRP is trading above the 200-day moving average again. I do not know whether this is caused by the arrival of large investors or the activity of market makers. If the price manages to stay at the current level, then I expect further growth, but now there is no definite certainty that this will happen. Nevertheless, Ripple may show a serious price movement, especially if X-Rapid news is released to the market. 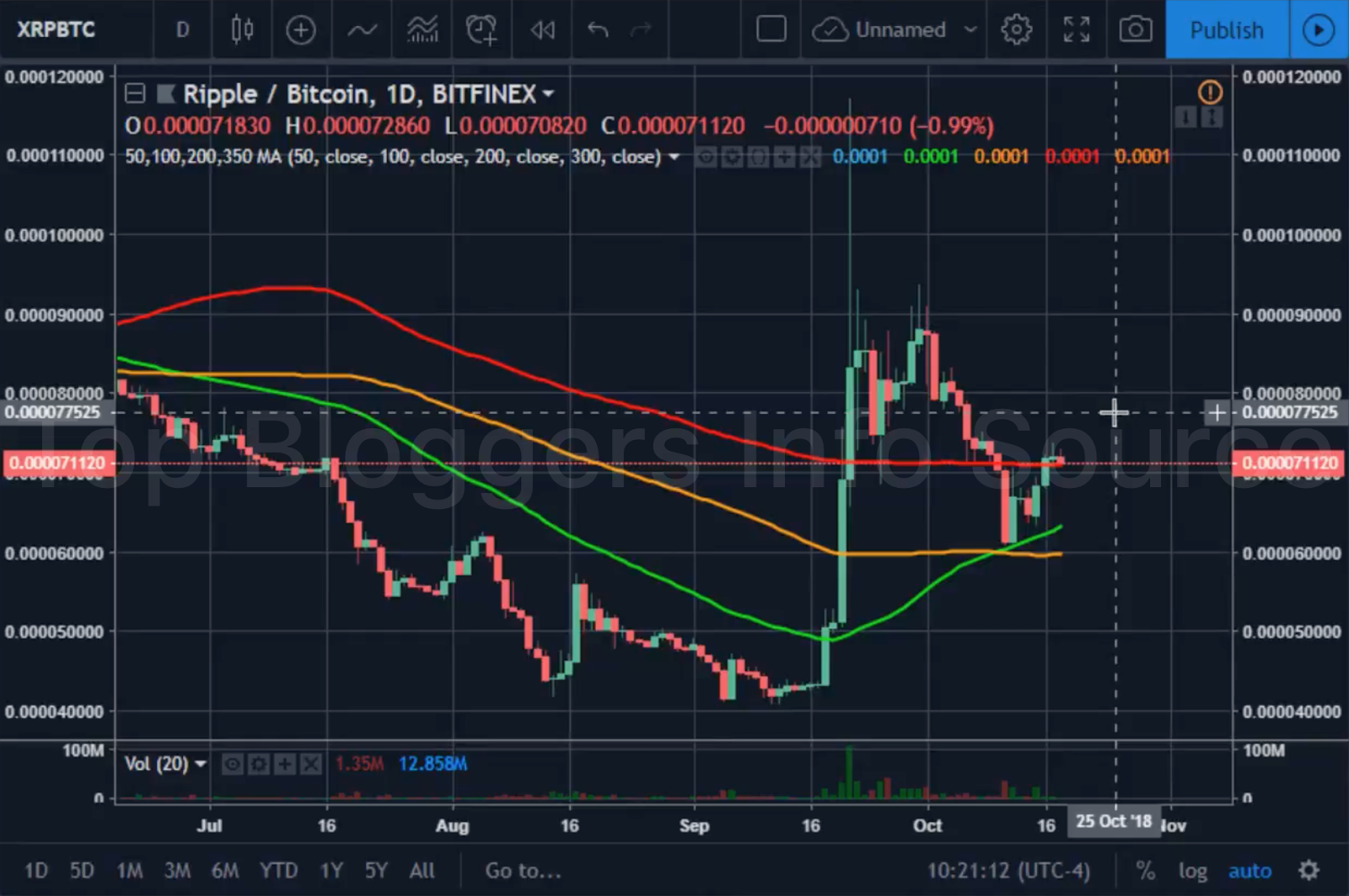 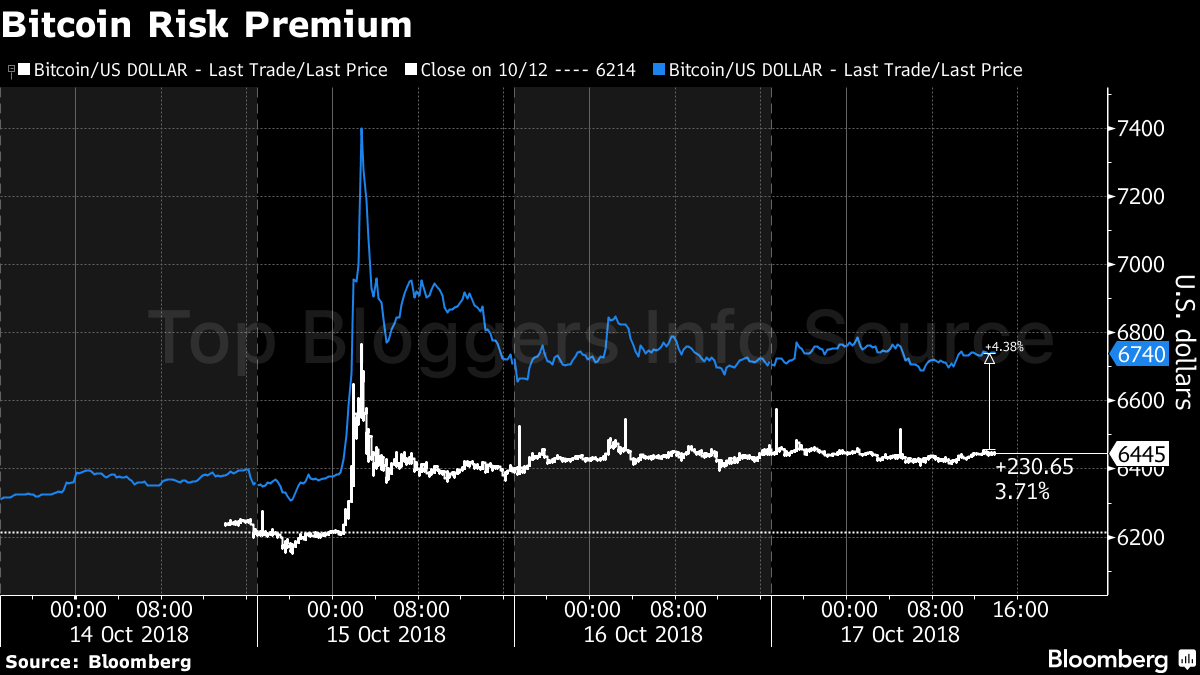 In today's market, when there are some interesting events in general, participants' views are focused on the Bitfinex situation and the price of Bitcoin on it. Users are concerned about the lack of a reliable banking solution for this exchange, and they are not sure that the USDT is backed up by USD in a 1: 1 ratio. For a while, Bitcoin traded at ~ $ 300 more on Bitfinex than on the other exchanges. CoinSchedule co-founder, Alex Michelis, commented on the current situation as follows:

“I don’t think Bitfinex will leave the market. We had them last week, and they made a completely different impression. I think many people were just scared of the collapse of Tether, which made them put Tether into Bitcoin and thus raise the price on this exchange. "

Nobody knows how the situation is in fact, for example, some of them once spoke out in defense of MtGox. Bitfinex also underwent a hacker attack, and their reaction was very mixed.

I do not interact with USDT, and if I had to conduct operations with it, they would be short-term. I like the saying: “not your keys are not your cryptocurrency” in relation to the keeping of funds on the exchange. The same can be applied to BTC and Altcoins, if you do not keep money in them, then this is not your cryptocurrency. If I choose between stablecoins, then I would prefer TUSD, or recently appeared coins.

Most of all, I was worried that the price difference between Bitfinex and the other exchanges was so long, this is not normal. Something more is happening than just getting people out of Tether, and it's not clear how serious this is. I'm not going to take that risk.

This article is a direct translation from this source.