“Jamie Dimon is Missing the Value of Bitcoin” 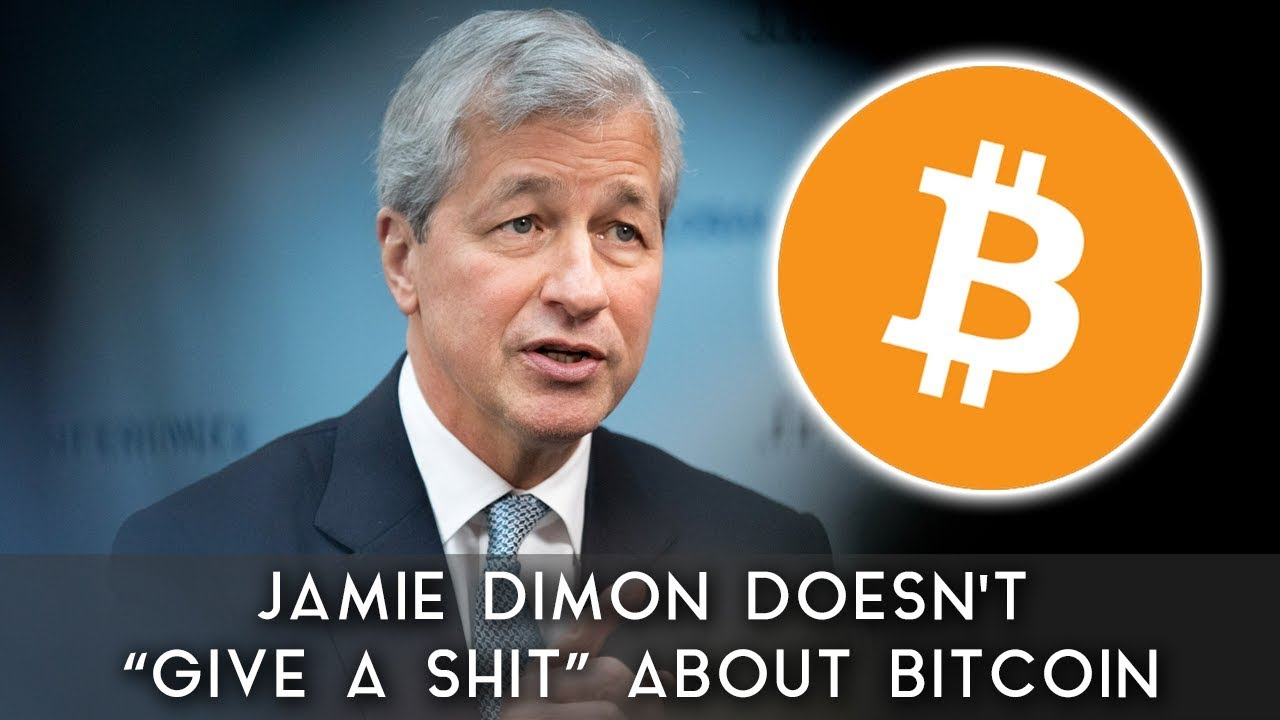 Today I want to discuss one article that I read in the morning dedicated to the rather well-known critic of Bitcoin and cryptocurrency Jamie Dimon, who is also the chairman and CEO of JPMorgan Chase, 6th largest bank in the world. Naturally, Jamie’s opinion will not be shocking for many, we have already understood his very negative attitude, but I would like to take a closer look at his last statement and how it describes something more than a simple denial of cryptocurrency by banks and financial institutions.

During the Axios conference in Los Angeles, Jamie said that he did not want to oppose Bitcoin, as he absolutely does not care. It seemed to me interesting that Jamie was very emotional in his statement, which was most likely caused by a certain reaction to his previous judgments from the crypto community. It's funny to see how, despite his reluctance to be the main opponent of Bitcoin, Jamie is one of his most persistent critics. Below is a graph of Bitcoin with Daimon's thoughts about him. These are mainly negative statements and the refusal to discuss the topic in principle, but at the peak of the price, Jamie regretted his words. 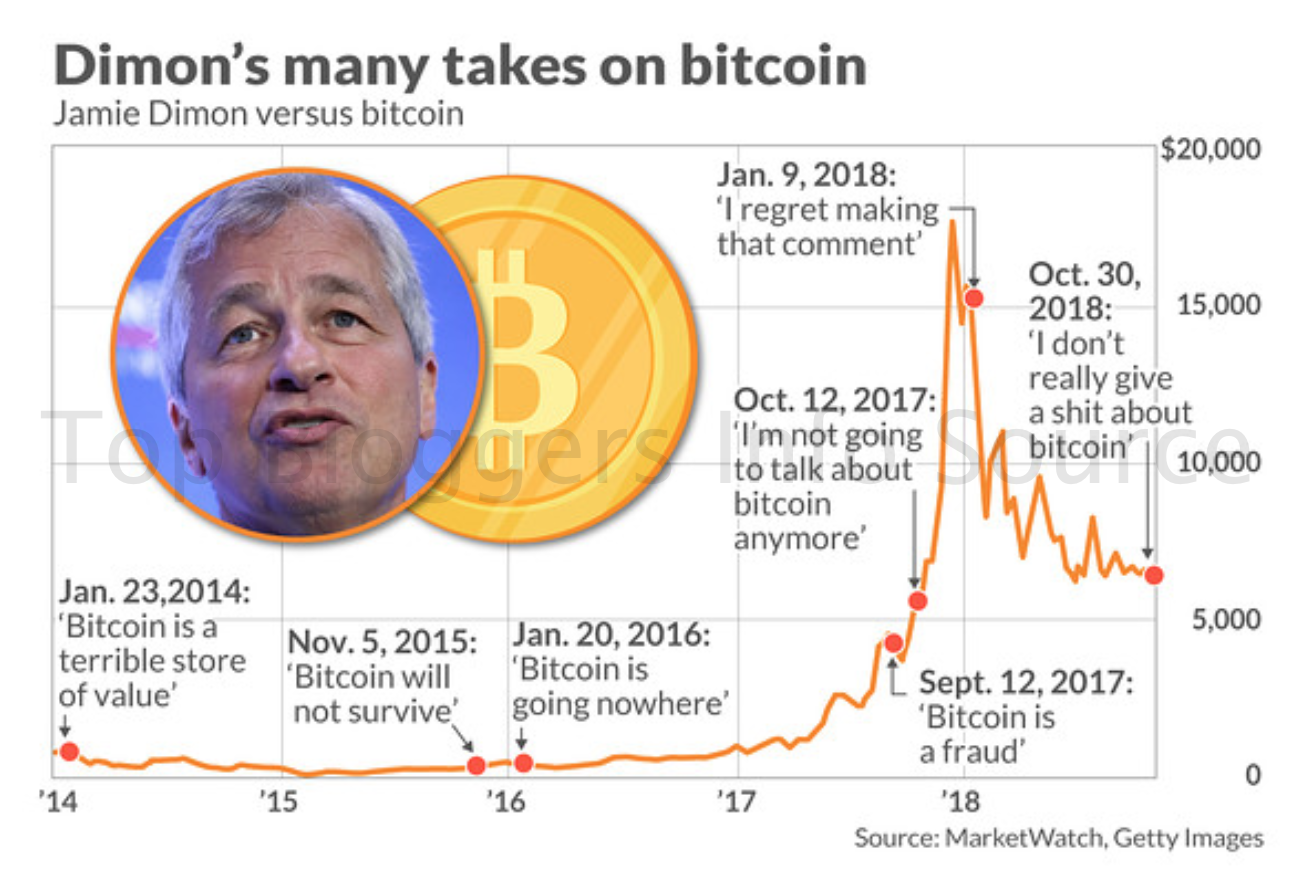 There is nothing surprising in the fact that with the decline in the price of BTC, Jamie became more negative towards him, by and large, I do not care about his opinion. More importantly, such rhetoric of the heads of large companies in the global financial system shows that they realize the full power of Bitcoin and cryptocurrency and the meaning of the movement associated with them. We heard that Dimon does not believe in Bitcoin, but he is confident in the future of the blockchain technology. And this is natural, since this technology will help companies to be much more efficient. Most likely, Jamie noted for himself the possible use of the blockchain in the financial sector, moreover, JPMorgan invested in developing solutions based on Ethereum and a number of other protocols.

The problem that Dimon sees is not in distributed registry technology, but directly in cryptocurrencies, which is why it is so radically opposed to Bitcoin. Bitcoin and other currencies directly compete with the traditional monetary system, fiat currencies. There is an important correlation between the almost oligarchic traditional banking system and fiat money. The ability to control currencies and various levers of pressure on them, such as interest rates, monetary policy, etc., is firmly tied to the banking system. At the same time, Bitcoin does not belong to anyone, is not controlled by anyone and is resistant to censorship, which directly contradicts the traditional financial system and its infrastructure. Here is the main reason for the negative on the part of Jamie Dimon and other bankers.

From my own experience I can tell you that 90-95% of people employed in the financial sector do not really understand what blockchains and cryptocurrencies are, 4% understand the possibilities of using them in finance, and the remaining 1% of influential people are scared by their existence, because Understand that cryptocurrencies can replace traditional ones. We already see how this happens, for example, DASH and their https://discoverdash.com/ are an excellent example of using cryptocurrency in real life to make payments and preserve value. It is noteworthy that on one of the sections of their site, DASH track the number of business participants who accept their currency, and their number increased from ~ 600 to 4000 in February 2018, with most of them registered in Venezuela. 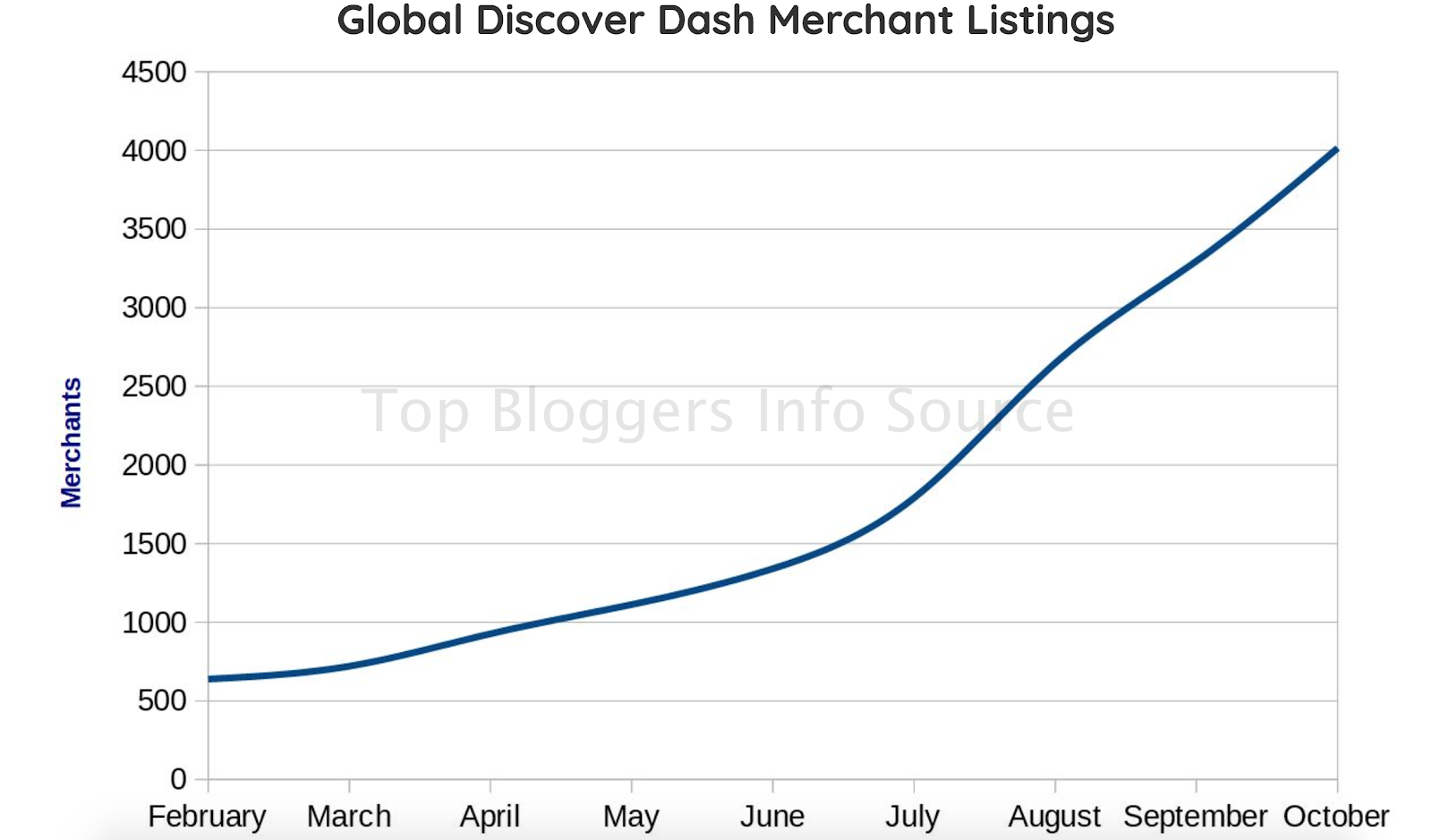 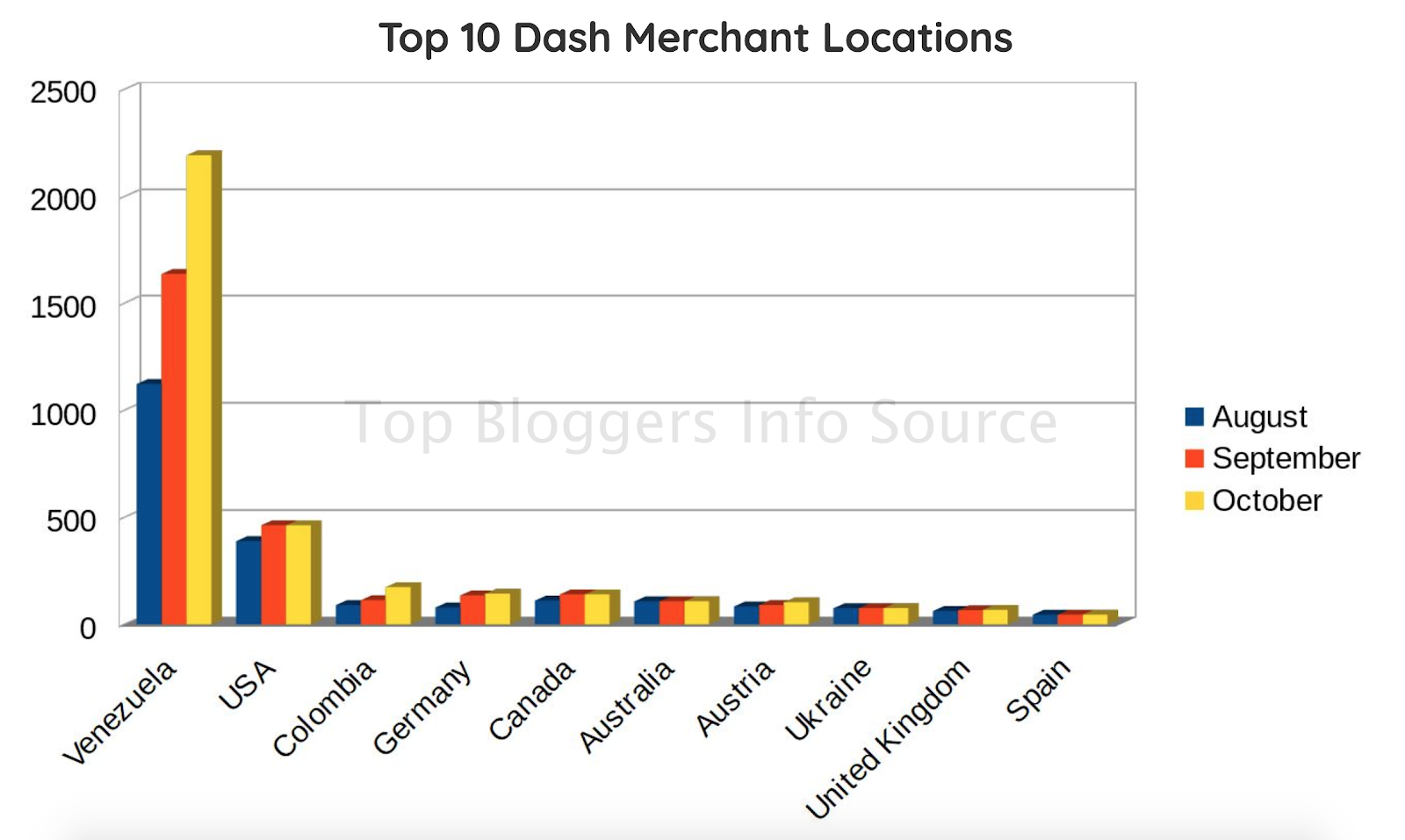 Jamie and other bankers should not forget that cryptocurrencies correct one of the main problems on the world stage today, the main reason for which are financial institutions: the wrong monetary policy. Often, the highest echelons of power make the wrong decisions on issuing new money in the hope that this will be enough, or simply to artificially postpone the possible consequences for the time of the rule of a politician. To this are added more and errors in the management of interest rates, as well as control of capital, restriction of foreign exchange transactions and access to financial services. In this regard, Venezuela is an excellent example, and DASH is actively developing in this field to show bankers that the new system is slowly replacing the existing system.

The financial system has done nothing to help the citizens of Venezuela, moreover, they will do everything to keep their own monopoly and prevent new players. Jamie and other bankers should be frightened that their status quo will not last a few more years, and we will see the arrival of new technologies in Turkey, South Africa, South America and other emerging markets, and ultimately in Europe, Australia, Canada and the United States. The reason for the arrival of technology will be a mixture of the real estate market crisis, credit crisis, and activity in emerging markets with their acute geopolitical, currency and debt crises.

In this situation, when financial institutions are in an excessively comfortable position and cannot solve contemporary world problems, for the first time citizens of countries have an alternative solution. In 2008, such a decision did not exist, despite the availability of the possibility to save funds in gold and silver, then there was no substitute for fiat money. And, since now this alternative exists, I think we will see an increase in the implementation of cryptocurrency in everyday life, and this will be the strongest change in the history of world finance. Jamie Dimon and other bankers are already preparing for this, conducting their own development. However, they are not ready for the fact that the money will be transferred directly from national currencies to technology-based currencies, which will make ordinary citizens more independent.